The way of life can be free and beautiful. But we have lost the way.

Greed has poisoned men’s souls, has barricaded the world with hate, has goose-stepped us into misery and bloodshed. We have developed speed but we have shut ourselves in: machinery that gives abundance has left us in want. Our knowledge has made us cynical, our cleverness hard and unkind. We think too much and feel too little: more than machinery we need humanity; more than cleverness we need kindness and gentleness. Without these qualities, life will be violent and all will be lost.

The aeroplane and the radio have brought us closer together. The very nature of these inventions cries out for the goodness in men, cries out for universal brotherhood for the unity of us all. Even now my voice is reaching millions throughout the world, millions of despairing men, women and little children, victims of a system that makes men torture and imprison innocent people. To those who can hear me I say, “Do not despair”.

The misery that is now upon us is but the passing of greed, the bitterness of men who fear the way of human progress. The hate of men will pass and the power they took from the people will return to the people and liberty will never perish.

In the seventeenth chapter of Saint Luke it is written, “The kingdom of God is within man.” Not one man, nor a group of men, but in all men — in you, the people.

You the people have the power, the power to create machines, the power to create happiness. You the people have the power to make life free and beautiful, to make this life a wonderful adventure. Then in the name of democracy let’s use that power. Let us all unite. Let us fight for a new world, a decent world that will give men a chance to work, that will give you the future and old age and security. Let us fight to free the world, to do away with national barriers, do away with greed, with hate and intolerance. Let us fight for a world of reason, a world where science and progress will lead to all men’s happiness. Let us all unite!

Look up. The clouds are lifting, the sun is breaking through. We are coming out of the darkness into the light. The soul of man has been given wings, and at last he is beginning to fly. He is flying into the rainbow – into the light of hope – into the future, that glorious future that belongs to you, to me and to all of us. Look up. Look up!
– Charlie Chaplin, from The Great Dictator (1940)

Evey: Who are you?
V. : Who? Who is but the form following the function of what and what I am is a man in a mask.
Evey: Well I can see that.
V. : Of course you can, I’m not questioning your powers of observation, I’m merely remarking upon the paradox of asking a masked man who he is.
Evey: Oh, right.

En hieronder de tekst:
V: Good evening, London. Allow me first to apologise for this interruption. I do, like many of you, appreciate the comforts of everyday routine—the security of the familiar, the tranquility of repetition. I enjoy them as much as any bloke.

But in the spirit of commemoration, thereby those important events of the past usually associated with someone’s death or the end of some awful bloody struggle are celebrated with a nice holiday, I thought we could mark this November the 5th, a day that is sadly no longer remembered, by taking some time out of our daily lives to sit down and have a little chat.

There are, of course, those who do not want us to speak. I suspect even now, orders are being shouted into telephones, and men with guns will soon be on their way. Why? Because while the truncheon may be used in lieu of conversation, words will always retain their power. Words offer the means to meaning, and for those who will listen, the enunciation of truth. And the truth is, there is something terribly wrong with this country, isn’t there?

Cruelty and injustice, intolerance and oppression. And where once you had the freedom to object, to think and speak as you saw fit, you now have censors and systems of surveillance coercing your conformity and soliciting your submission. How did this happen? Who’s to blame? Well, certainly, there are those who are more responsible than others, and they will be held accountable.

But again, truth be told, if you’re looking for the guilty, you need only look into a mirror. I know why you did it. I know you were afraid. Who wouldn’t be? War, terror, disease. There were a myriad of problems which conspired to corrupt your reason and rob you of your common sense. Fear got the best of you, and in your panic you turned to the now high chancellor, Adam Sutler.

He promised you order, he promised you peace, and all he demanded in return was your silent, obedient consent. Last night, I sought to end that silence. Last night, I destroyed the Old Bailey to remind this country of what it has forgotten. More than four hundred years ago, a great citizen wished to embed the fifth of November forever in our memory. His hope was to remind the world that fairness, justice, and freedom are more than words—they are perspectives.

So if you’ve seen nothing, if the crimes of this government remain unknown to you, then I would suggest that you allow the fifth of November to pass unmarked. But if you see what I see, if you feel as I feel, and if you would seek as I seek, then I ask you to stand beside me one year from tonight, outside the gates of Parliament, and together we shall give them a fifth of November that shall never, ever be forgot.

En hieronder de tekst:
Agent Smith: I’d like to share a revelation that I’ve had during my time here. It came to me when I tried to classify your species and I realized that you’re not actually mammals. Every mammal on this planet instinctively develops a natural equilibrium with the surrounding environment but you humans do not. You move to an area and you multiply and multiply until every natural resource is consumed and the only way you can survive is to spread to another area. There is another organism on this planet that follows the same pattern. Do you know what it is? A virus. Human beings are a disease, a cancer of this planet. You’re a plague and we (computers) are the cure. 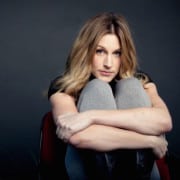 We are all insane & love 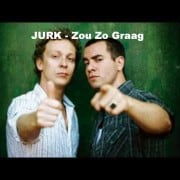 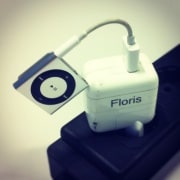 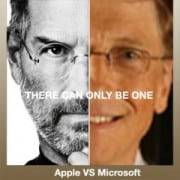 Verhaaltje, Apple vs Microsoft vs Linux The man from Earth